The Praying Mom and the Grateful Soldier 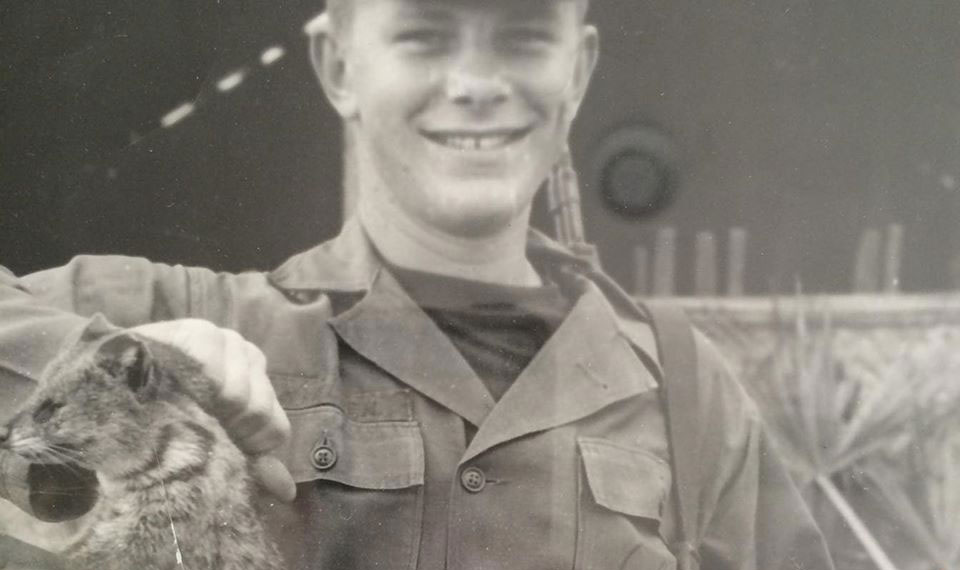 I want to give a big shout out to my better-looking big brother, Dave Nielsen. In the mid 60’s, when thousands of young men were burning their draft cards, Dave volunteered to serve. Dave always liked the ocean, and he enlisted with the US Navy. He was trained as a Sea Bee, one of those special people who carried a hammer in one hand and a gun in another. Sea Bees were the fighting workers, dedicated to building airstrips and other strategic beach heads in the war zone.

Dave spent two 18 month tours of duty, was wounded more than once and on one occasion was left for dead on a battlefield near Da Nang until he was discovered by some fellow soldiers sweeping the area.

I can testify to the fact that my brother had special protection: a praying mom. At 9 years old, I saw her in action in the shed out back as she lay her face for hours during the days just before Christmas, 1965. We discovered later that during those exact days when my mom was travailing in prayer for Dave, a mortar attack was unleashed in the middle of the night by the Viet-Cong, as his platoon slept. Dave wrote home to tell the story: at around 2am, in spite of the Monsoon rainstorm outside the tented barracks, he was awakened by a tap on the shoulder. He rolled over with clenched fist ready to fight the person who stirred him from his sleep, and no one was there.

At that moment he felt extremely thirsty (in spite of the heavy rain) and was compelled to get up and walk the 100 yards away to the nearest water container, to quench his thirst. While he was getting the drink, a mortar attacked ensued. When he returned to his tent, blood and body parts of fellow soldiers were everywhere. He looked down at his cot and an unexploded mortar had punctured a hole right where his chest had rested minutes before. It was a dud, but it would have killed him. He knew this was a sign from God. This episode happened during the exact time my praying Mom was on her face, thousands of miles away in southern California, crying out to God for Dave’s life. She had felt an overwhelming burden and responded. For me, a nine-year old, this was a lesson forever etched in my heart. I knew then and know now that the Lord has our back, but for some mysterious reason, He seeks someone who will stand in the gap as a go-between, someone who is willing to serve as a conduit for the Holy Spirit’s intercession to release His purposes.

“The Holy Spirit takes hold of us in our human frailty to empower us in our weakness. For example, at times we don’t even know how to pray, or know the best things to ask for. But the Holy Spirit rises up within us to super-intercede on our behalf, pleading to God with emotional sighs too deep for words.” (Romans 8:26 TPT)

We serve an awesome God, and to some extent, if we follow Christ, we are a soldier traversing the combat zone of this world. We need our Commander in Chief’s protection, guidance and support. But it doesn’t happen in a vacuum. We are a part of a grand plan and a larger network of faithful soldiers who, with their ear to the ground, serve to advance God’s kingdom. The “special forces” of prayer are doing their work without notice or recognition. Pray on, saints, because “your Father who sees in secret will Himself reward you openly.” (Matthew 6:4)

Below is an example of mortar fire, so you can see what a mortar looks like in action.