It Only Takes A Prayer 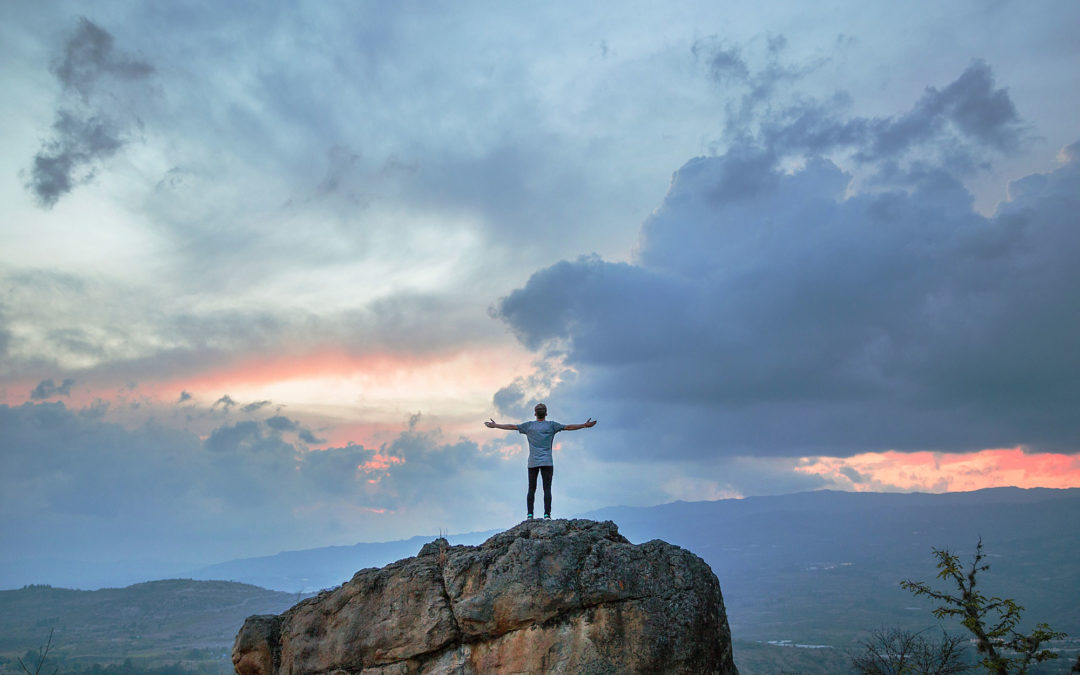 Many of us watching the news today are taken back by what we see flashing before our TV and computer screens. School violence. Reports of human trafficking growing by leaps and bounds, springing up in our neighborhoods. Rampant drug abuse. Young people being swept by the riptide of negative social influence. A generation at-risk.

There is a chorus we used to sing when the stars were out as we sat huddled in front of the campfire when I was a kid. The words go like this:

“It only takes a spark to get a fire going, and soon all those around will warm up to its glowing…”

I have experienced the energy of that spark in my life and witnessed what could happen when it became a shared experience. My guess is you have too. History is loaded with examples of ordinary people who saw a need, left their comfort zone, and took action–often at tremendous sacrifice to themselves and people close to them. Like sparks, they lit a fire of inspiration and courage in the hearts of others. Ripples became waves. Waves morphed into movements. The world was changed.

There has not been anything accomplished of any significance on planet earth that did not begin first with a whisper in the heart that came to life in the form of a prayer, only to catch fire in a movement of action.

It Only Takes A Prayer

Has it ever occurred to you that when great things happen, it is the result of prayer? Stop and think about it. There has not been anything accomplished of any significance on planet earth that did not begin first with a whisper in the heart that came to life in the form of a prayer, only to catch fire in a movement of action.

Some Heroes Who Had The Spark

Martin Luther King comes to mind, whose “I have a dream” speech still burns in our memory. MLK lived in a day when “the slave trade” was thought by many to be ancient history in America. His words addressed the slave inside of all of us. He called us to a higher place, where we don’t judge people by the color of their skin but by the content of their character.

I think of William Wilberforce, whose unyielding persistence and willingness to speak for those who had no voice provided the spark that resulted in the eventual eradication of the slave trade in England. I think of Nelson Mandela, who’s 27 years of prison darkness provided a spark broke the back of Apartheid in South Africa, and all the state-sanctioned slave trades connected to it. How often from the furnace of prison affliction have there been sparks of change?

I think of William and Catherine Booth who formed and mobilized the Salvation Army in the midst of the squalid slums of London in the 1800’s. (A spark of hope burned through England, born from the heart of a son of an alcoholic who went bankrupt and in his utter poverty when he “could no longer afford his son’s school fees, and 13-year-old William Booth was apprenticed to a pawnbroker.” How much of an “at-risk youth” would young William have been today to human trafficking and the slave trade that now grips Europe?

Billy Graham was perhaps the greatest evangelist in our generation. His preaching impacted millions from every walk of life and resulted in the conversion and life change of hundreds and thousands of people who still today are living as salt and light and making a powerful impact in our world. His sermons were an amazing art form of effective Gospel communication spoken with passion and clarity. But his ministry would have had no success or staying power without the hundreds of prayer groups that accompanied each and every one of his ministry crusades. Prayer was the glue that held everything together, the nitro-glycerine that made Billy Graham’s words explode in the hearts of men and women who heard his voice in the stadium or on the air.

Everyone born into this world has the power to turn it right side up. And remarkably, a very high percentage of world changers arise from low income and high-risk backgrounds. Though parents may abandon or abuse these diamonds in the rough, they are God’s kids. It is our passion to rescue, encourage and empower them to make their mark on the world. Some are the great leaders of tomorrow. The KEY is a heart set on fire that will cry out to God for change long enough to see the breakthrough.

It only takes a spark to get a fire going.